This is about as simple and direct a definition of happiness as I have found.

I have stated on many occasions that one of the greatest causes of unhappiness is the belief that we ought to be happy. Another cause is the effort to create/ we use chasing happiness combined without not knowing what happiness is. The fact is that we cannot create happiness, only the conditions favourable for happiness to arise. Rather like a huerta; with a vegetable garden it is not in the power of the gardener to create tomatoes; all that he/she can do is create the conditions which favour the existence and growth of tomatoes.

This is particularly dangerous when we confuse happiness with having a good time. What is certain is that for many years I confused happiness with having a good time with alcohol, other drugs, chasing girls. To simply be with myself was unbearable; I could not bear that (me) with ease. To be colocado on a high meant that I was fully distracted by a chemically, hormonally or sexually induced euphoria, which in turn meant that I felt no un-ease.  The only benefit of this state of “having a good time” was that I also understood that it was a peak state that I felt when I was out partying. (de marcha). Like many I lived for the weekends.

There is also a kind of false happiness: the gratification of desires. Desire is rooted  in the delusion  of  believing that we are our ego and in the need to satisfy the ego which arises from this belief. However, this kind of gratification only leads to more desire. The more one wants, the more one gets and the more one gets, the better  one  gets  at  wanting and  so  we  become  stuck  in  a  seemingly  never-ending  spiral of want-it, get-it, want-some-more, get-some-more and so on. All of this wanting and getting has a built-in frustration factor that only grows with each repetition and so, not having satisfied all of our wants sufficiently, we  experience  a state of constant  hunger, unsatisfied-ness or unsatisfactory-ness. This  unsatisfactory  state  is the basis  for  all things which cannot be borne with ease.

Misconceptions about happiness become particularly dangerous when we confuse happiness with euphoria. I have heard many times from clients/students (particularly those who have come to me for addiction) that they expect to feel euphoria as their default state. It became clear that they mistakenly perceived euphoria as a state which one should expect, that one ought to feel. Whilst euphoria is very pleasant, it is an excited, accelerated, disconnected state. It is a “peak state” and is not sustainable. Rather like “having a good time”. Many confuse euphoria with happiness. The other problem with euphoria is that after a prolonged period of euphoria we are left feeling down or empty; we want more euphoria. We have fallen into a dangerous trap which can be described as “spiritual materialism” or “happiness consumerism”: the more we get, the more we want. We find ourselves constantly bouncing between emotional extremes, between up and down, ever hungrier. We always want more and more. But chasing euphoria quickly leads to a deep sense of dissatisfaction, a kind of low-grade depression and makes us more prone to addiction.

Happiness is a mind/body state. The characteristics of  happiness  include  a  sense  of constancy (events and the feelings which accompany them, be they “good” or  “bad” come and go but we always return to this grounded state – esto pasará “it will pass”), a spaciousness of mind (there is plenty of space around our thoughts – we know that we are much more than our thoughts). Also, there is peace and spaciousness in the heart. For me there is also a sense of gratitude of appreciation of right being here, right now. It is always centred in the moment. There is also a quality of acceptance: I accept that I will not always feel happy and that part of life is to forget all of this and as a result, to suffer (but this too will pass).

The mind/body state we call true happiness is not temporary, not hit-and-miss; it is not grounded in purely sensual gratification; it does not deal in extremes. It is constant and all-pervasive (although not always visible).

The most wonderful thing is that we always have this within us; we just have to learn how to get out of our own way.

Above all, it is that which can be borne with ease. 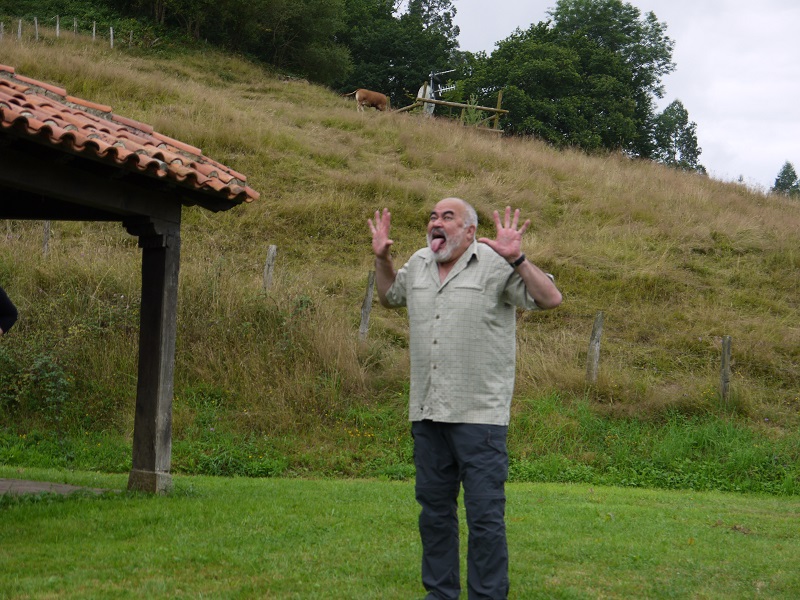 Trying to change others – it will make you go mad

An Appointment in Samarra

Is your relationship toxic or healthy?