Several people have wondered why I insist on the importance of self-compassion over self-esteem. Therefore I share this newsletter I wrote a while back.

I have been teaching for more than 17 years now that what is far more important than self-esteem is self-compassion. This idea of self-compassion, of being kind to oneself, is as old as meditation itself and very much part of Buddhist teachings.

There are several important problems with self-esteem and this is confirmed by research.

“Certain forms of high self-esteem seem to increase one’s proneness to violence,” reads one report published in the journal of the American Psychological Association. “An uncritical endorsement of the cultural value of high self-esteem may therefore be counterproductive and even dangerous. The societal pursuit of high self-esteem for everyone may literally end up doing considerable harm.”

Noting that there are “almost no findings showing that [high] self-esteem causes anything [beneficial] at all,” University of Pennsylvania psychology professor Martin Seligman laments:

“Something striking has happened to the self-esteem of American children during the era of raising our children to feel good. They have never been more depressed.”

This, without doubt is partly because, raised to believe that they are special and perfect and entitled to all good things, they face terrible comedowns in the real world.

Researchers have found that high self-esteem does not guarantee happiness and is often linked with depression, especially in the case of those people whose self-esteem is raised on false or flimsy pretexts.

Far more important than self-esteem is self-compassion. Self-compassion paves the way for self-knowledge and most importantly self-acceptance.

Self-esteem without self-compassion and self-acceptance is little more than arrogance.

People with high self-esteem can seem like arrogant aliens. We blame ourselves for everything. They take no blame. We’re sorry. They never are. We fear punishment. They don’t. Often, they do the punishing. Our flaws obsess us. They think they have none.

“One has only to go into a prison,” writes former jail doctor Theodore Dalrymple, “to see the most revoltingly high self-esteem among a group of people (the young thugs) who had brought nothing but misery to those around them, largely because they conceived of themselves as so important that they could do no wrong. For them, their whim was law, which was precisely as it should be considering who they were in their own estimate.”

Dr Kristen Neff, a leading researcher in this field, from the University of Texas Austin, has published an excellent book: “Self-Compassion: The Proven Power of being kind to yourself” which I whole-heartedly recommend.

In the meantime here are some guidelines for practicing self-compassion:

Be kind to yourself

Be kind with yourself. Be understanding when things go badly in your life, instead of beating yourself up. “I am tolerant with my own faults and imperfections.

Shared humanity, pain and suffering form a part of the human experience. “When I feel inadequate, I try to remember that my feelings of inadequacy are shared by most of humanity.”

Mindfulness and meditation- the gateway to change

Pain is an inevitable part of life, but suffering is usually optional. Suffering comes not from an arising emotion, thought or feeling, but rather how we respond to that emotion thought or feeling. Suffering begins when we try to avoid uncomfortable emotions/feelings. When we respond mindfully to our emotions, thoughts and feelings, that is we bring your attention fully into the present intentionally and without judgement, then we create equanimity and open the door to the possibility of change and self-realization. “When I feel sad, I try to get close to my feelings with open curiosity and affection.”

Self-compassion entails being warm and understanding towards ourselves when we suffer, fail or feel inadequate, rather than ignoring our pain or flagellating ourselves with self-criticism.  Self-compassionate people recognize that being imperfect, failing and experiencing life difficulties is inevitable, so they tend to be gentle with themselves when confronted with painful experiences, rather than getting angry when life falls short of set ideals. People cannot always be or get exactly what they want. When this reality is denied or fought against, suffering increases in the form of stress, frustration and self-criticism.  When this reality is accepted with sympathy and kindness, greater emotional equanimity is experienced.

Frustration at not having things exactly as we want is often accompanied by an irrational but pervasive sense of isolation – as if “I” were the only person suffering or making mistakes.  All humans suffer, however. The very definition of being “human” means that one is mortal, vulnerable and imperfect.  Therefore, self-compassion involves recognizing that suffering and personal inadequacy is part of the shared human experience – something that we all go through rather than being something that happens to “me” alone.

Self-compassion also requires taking a balanced approach to our negative emotions, so that feelings are neither suppressed nor exaggerated. This equilibrated stance stems from the process of relating personal experiences to those of others who are also suffering, thus putting our own situation into a larger perspective. It also stems from the willingness to observe our negative thoughts and emotions with openness and clarity, so that they are held in mindful awareness. Mindfulness is a non-judgmental, receptive mind-state in which one observes thoughts and feelings as they are, without trying to suppress or deny them. We cannot ignore our pain and feel compassion for it at the same time.  At the same time, mindfulness requires that we not be “over-identified” with thoughts and feelings, so that we are not caught up and swept away by our mental autopilot of negative reactivity. 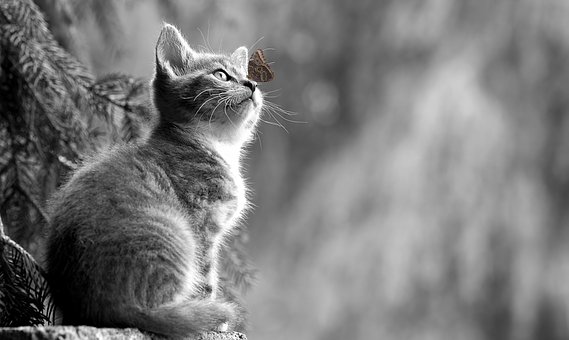 Be Mindful – Do One thing at a time

The Power of “How”

Responding to anxiety (rather than reacting to it)